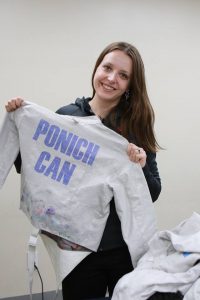 Canada’s top sabre athletes competed in the FIE Grand Prix event in Seoul, Korea this past weekend.  The event is the first Olympic qualifying event for Sabre fencers, who can earn points towards qualification for Tokyo in FIE World circuit events through to April 2020.

Congratulations to our very own Marissa Ponich on her performance in Seoul, Korea. Edmonton’s Marissa Ponich had Canada’s top result, finishing 26th out of a pool of 155 fencers. Ponich started the event strong, winning five out of six poule bouts which put her directly into the main draw of 64.  In the 64’s, Ponich defeated Sabina Karimova from Azerbaijan 15-8.  Ponich then faced Sofia Pozdniakova from Russia and lost 15-6 to take 26th place overall and earned a valuable six FIE points.

More on the article posted by the Canadian Fencing Federation.