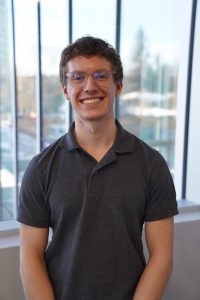 Spencer is the current Sabre Coach of the Edmonton Fencing Club, and is working as a Professional Kinesiologist within the province of Alberta. Spencer won the 2014 Alberta Winter Games in the Men’s Sabre event, while also leading his team to a Bronze Medal. He has competed Nationally since he was 13, and was the U17 National Champion in 2014.

Spencer made his first U20 National Team during the 2016-2017 season, where he and his teammates won Gold in Men’s Team Sabre at the Pan-American Championships in Havana, Cuba.

Spencer is an avid food and coffee enthusiast, and is currently binging ‘Squid Game’ on Netflix. He is looking forward to this opportunity to manage and coach some of the best up-and-coming fencers in Alberta in preparation for the 2023 Canada Winter Games. 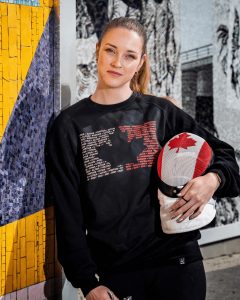 Alanna has been fencing since she was 8-years-old. She made her first Junior team in 2009 and made history at the 2010 Canadian Championships when she became the first woman to win national titles in the Cadet, Junior and Senior divisions in the same year. In 2011 Goldie competed at her first major senior international events, including the Pan American Games in Guadalajara where she helped the Women’s Foil Team win silver.

Goldie achieved All-American status 4 times in the NCAA while competing for Ohio State University. She went on to make her Olympic debut at the Tokyo 2020 Games and helped the team to a Canadian record of 5th place.

Following the completion of her studies in 2018, she soon started coaching at Gladiators Fencing Club in Calgary, AB (now Epic Fencing Club) and has found a new love for fencing through the lens of a coach!

Please Note: Office hours are Monday – Friday, 9 AM to 4 PM. Emails will be responded to within 24 hours on weekdays.

We appreciate your donation. Thank-you for supporting fencing in Alberta.